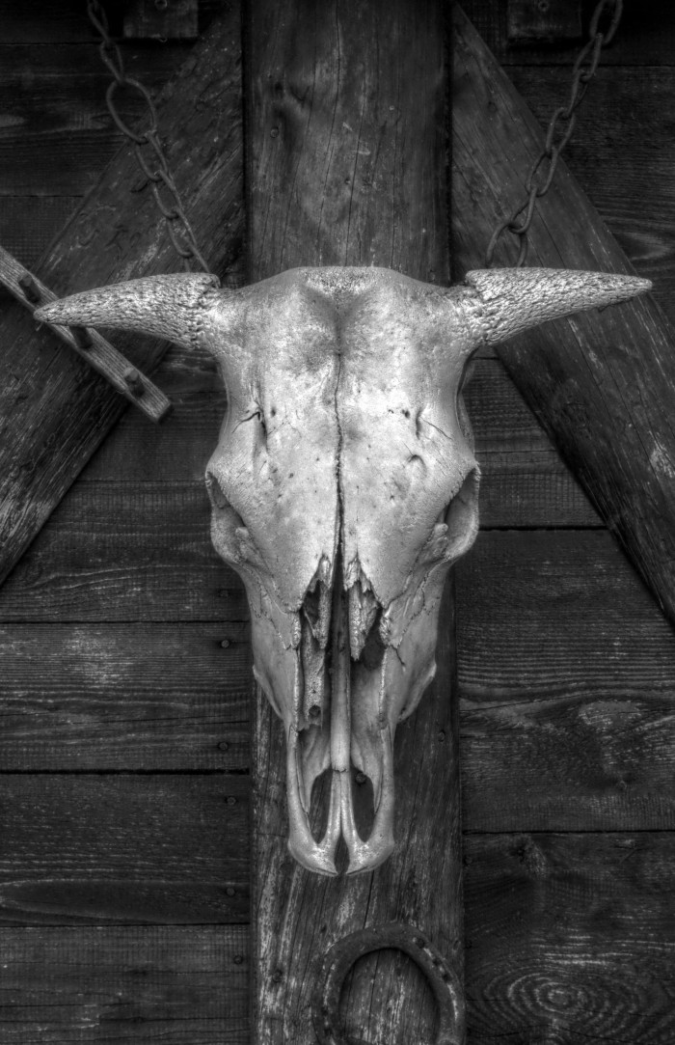 If Georgia could use a sun-bleached cow’s skull, Kacy figured she could. When she asked her mother, her mother got weird.

“You want what? You need your head examined. No one in their right mind wants a dried-up cow skull. It’s against the law.” Her mother continued ranting.

Kacy stopped listening, planning to stop at the butcher shop after school.

“You’re one of those artsy kids, aren’t you?” the butcher asked concentrating on his work.

“I’m an artist too, you know. Most people don’t think so. The way I figure it, this animal,” he paused, jabbing the knifepoint at the hunk of meat he was cutting. “This animal gave its life so we can eat. It’s my job to use every bit. Make sure nothing gets wasted.”

“Come back next week. I’ll have your cow skull. Okay?”

A week later, the butcher presented her with her very own cow skull.

“You’ll do a good job. That’s one lucky cow,” he said handing Kacy the carefully wrapped and tied package.

He smiled as Kacy left the shop, holding the skull tightly against her chest.

8 thoughts on “Ode to Georgia — FFfPP”