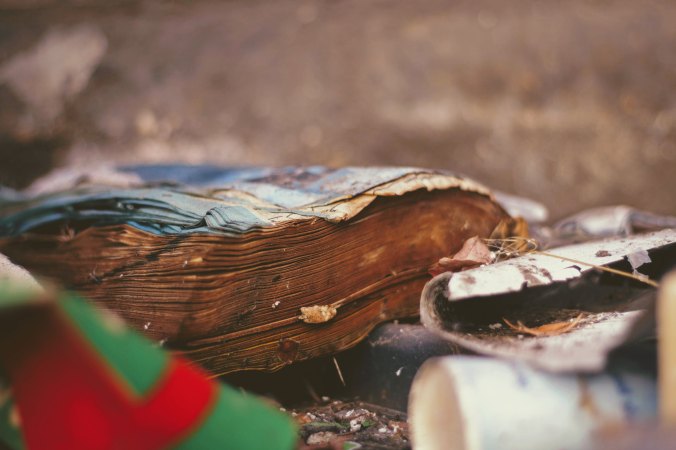 Photo by Joshua Hoehne on Unsplash

Cal dropped to his knees and gently lifted the book from the debris. Somehow it survived. If he wasn’t cradling in his hands feeling its weight, the caress of its leather cover, he would not have believed it possible.

Clutching the book to his chest, the memories coursed through him. Professor Dugan stood before him, telling Cal the odds were stacked against him ever succeeding. Cal felt defiance surge through him once again. They could laugh and sneer, but they were wrong. Sitting in the rubble Cal felt his destiny waiting.

He would show them how wrong they were.