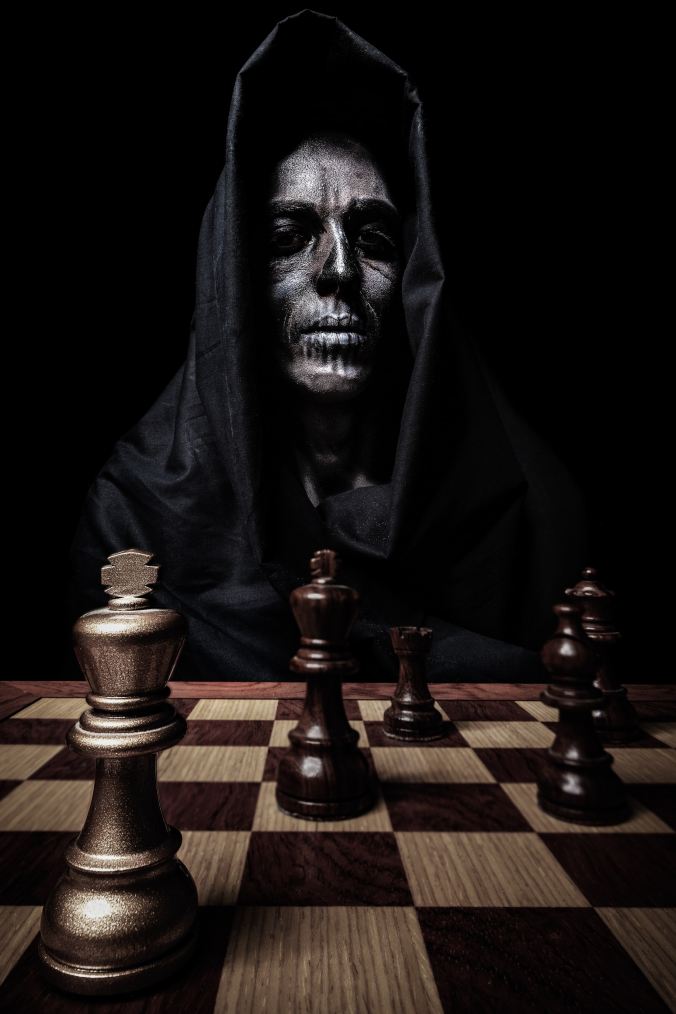 Photo by Mehrdad Haghighi on Unsplash

Theo’s palms were moist with dread, and they trembled as he rubbed them on his trousers.

“I must be crazy,” he said to himself. The god sitting across from him snickered.

“Perhaps you are…” he paused amused by Theo’s squirming, “or maybe you seek to restore honor to your family name.” He pressed his ashen-grey fingertips together in front of his hood shrouded face. Pale eyelids slowly closed, hiding the deep ebony pits of his demon tortured soul.

“You want me to intervene with the daughters of Night?” Scorching fire flashed when his eyes opened. “The Erinyes do not yield once they accept the curse. I am afraid he is doomed to suffer every misery and misfortunes they see fit to heap upon him.”

“My brother is not responsible for my mother’s death. His only crime was not being able to protect her from my uncle’s greed. My uncle killed her. He seeks to destroy everything he cannot own.”

“Tisiphone, Alecto, and Megaera play an elaborate game, but you hold a winning move.”

As he spoke their names three Furies appeared behind him, black robes fluttering with their lamentations. Serpents writhed, coiling in their hair and twisting around their arms as crimson blood oozed from their dead eyes.

“You wish to invoke the burden of persecution?” they asked in unison.

Hades lifted his hand, and a stifled chuckle passed his lips.

“Ladies. Ladies. There is no need for invocation tonight, Theo wants to right a wrong. Someone has duped you three.”

The Furies’ wails fell silent, and they looked from one to the other.

“Duped? Pray, tell us more. We must hunt the miscreant and administer the fate that he deserves.”