Zepheira is the best Demon Tracker working for the Good side. With her unusual looks, her phenomenal sense of smell, and her bravery, she quickly draws ‘The Big 7’s attention to her talent. They hire her to find one of them. Leaving her familiar surroundings and regular work environment unsettles Zepheira at first. But the challenge to prove herself and to increase the reputation of her infallibility tempts her.

She is convinced she will be a great asset to ‘The Big 7’. Little does she know she will be a much greater asset in Heaven’s fight against Evil. Zepheira suddenly becomes more than a hired tracker. She finds herself an important pawn in the game of love, heat, and fire. Will her courage and sacrifice be sufficient to dance with the flames?

Less than twenty minutes later, I received a message from Michael. I was strictly ordered not to do anything but stay where I was. Andreas would pick me up a little later. In the meantime, I could work out in the gardens with some of the angels if I wanted to.

“I’m sorry, Zye. I must leave at once,” Uriel whispered. He kissed my cheek and was gone.

I worked out with Robbie and Daniel while Maria watched us carefully. All three of them were excellent sword fighters and we had a good time. After the workout, I rinsed the sweat off my body, dressed in black pants and a white t-shirt and went outside again to sit down and just enjoy nature for a while.

I watched frogs climbing out the pond, sparrows and hummingbirds flying and hopping all over the place and butterflies filling the air with breathtaking colors.

After a while, Andreas sat down next to me on the white bench. “Hello, Zye.”

“Hi, Andreas. I was told you were supposed to take me somewhere?”

He smiled. “Not just somewhere, Zye. You will be meeting the ‘Council of Twelve’.”

I felt my blood drain from my face.

Andreas jumped up. “Holy Mary! You’re not going to pass out on me, are you?”

I carefully stood up, testing whether my feet would still carry me.

Andreas laughed. “Listen, Zye, there is no reason at all to freak out. Yes, they’re Archangels, but they won’t eat you. Don’t forget, Uriel will be there as well and he’s likely to protect you!”

I took a couple deep breaths. “Yes, he will. But what can he do when eleven others are voting against me?”

Andreas laughed. “What do you think they’d vote for? Killing you? Zye, they’re angels, standing on our side, fighting against evil. Just like what you do!”

His words made me think for a few moments before I finally replied, “I can’t help myself, Andreas. I’m still scared to death.”

He smiled mildly. “There is no reason to fear them. Of course, respect them. After all, they’re probably the most powerful individuals on Earth besides our one and only Creator. They’re not going to do anything bad or evil to you.”

I slowly tried to slow my heart rate and bring my trembles under control. “See? You’re getting better.” Andreas grinned. Then he opened his arms and offered to carry me to the assembly hall.

The so-called “assembly hall” was an enormous room, beautifully built, with polished marble of purest silver-gray, inlaid by some marble that looked like the veins of fire. The ground was covered with anthracite colored stone and harmonized beautifully with the light gray walls and the beautifully painted fiery ceiling. The ceiling was so high, even the Archangels could fly within the hall.

The room was equipped with a small waiting area with black leather seats and a small glass table. It was quite modern, but comfortable. Andreas gave me a brief description before we started to prepare me for the impressive and pompous sight.

After our arrival, I stepped away from Andreas and in my head heard Uriel’s voice: “If you’re going to do this more often, girl, I will have problems with that.”

I grinned. “There is only one solution to this problem,” I replied.

“And this is?” Uriel’s buoyant voice asked back.

“Next time pick me up yourself, Mr. Taxi,” I snarled.

I enjoyed the mental clash and the growing closeness it showed between Uriel and me.

Andreas curiously examined my face. “You were just somewhere else with your thoughts,” he commented with amusement.

I blushed furiously which made him chuckle.

Then I turned to the huge ornate white door that opened by itself to let me inside.

There I found two huge angel warriors in full armor and a beautiful winged woman gesturing for me to follow her. She led me through a light, nearly empty corridor to a smaller pair of wooden doors. She opened them to let me enter. I hesitantly entered and the door closed behind me.

There I stood in front of a simple long table with twelve tall, exceptionally beautiful Archangels, each of them unique Still, I had the impression that these individuals formed an enormously strong singular entity.

Of course, I saw their different manifestations , but what caught me off guard was the fact I could perceive them all so clearly. Their smells and aromas were much stronger than the ones of other individuals I had encountered.

I already memorized Uriel’s scent. To me he was the purity of flames and heat, fire, and blaze. But to be truthful, he smelled deliciously like cinnamon. I hid a smile.

I interrupted my train of thought when Michael stood. “Please, Zye, come closer and meet the ‘Council of Twelve.’ From your left: Uriel, Myself, Anghariel, Zachariel, Centriel, Deonur, Raphael, Gabriel, Benadrel, Santanael, Tsechirel, and Simael.” He threw me a sharp look. “You seem to be totally in shock, Zye. Are you all right?”

I almost collapsed; my mouth was as dry as an Arabian desert. I had to swallow before finally I was able to reply. “Forgive me, Mylords. I just discovered that I apparently can catch your natural fragrance in a very strong and unique way. It hit me when I entered the hall.”

I only shook my head.

“Does that mean, even if you can’t see us, you’re still able to tell we’re here?” “Not only that,” I explained. “Each one of you smells unique.”

Gabriel seemed enthusiastic about this information. “You could tell us apart without even seeing us?”

“No ‘Sir’ here, Zye,” he replied with the wink of an eye. “I’m Gabriel.” He turned to the others who had similar expressions on their faces. “Oh, please, can we take the time?”

Michael laughed. “We’re not in a hurry.” He scanned me quickly. “Are you up for a test?”

Uriel stood. “Fine with me, friends. But seriously: she looks like she’s going to pass out any minute. Would you mind being nice enough to offer her some water and let her relax for a couple of minutes?”

He walked around the table and handed me a glass of water. His hand was placed caringly onto my shoulder.

Just when I took a sip, Anghariel drawled, “Sheesh, Uriel. You sound as worried as Grandma Walton.”

I spit my mouthful of water across the floor, laughing. This unexpected little mishap made the Archangels stare at me in wonder before they smiled as well. I apologized, but it took a couple minutes until we all calmed down. By that time, I was visibly relaxed and Michael called his friends to order.

“What do you need for us to do, Zye?” he asked politely.

I smiled. “Not too much. I need to separate each one of you. I would say, at about the distance from here to the furthest corner over there. Then your natural perfumes won’t get mixed altogether.”

“Who do you want to start with? Uriel?” Michael asked curiously.

Anghariel chuckled. “I don’t think so, brother. I’ll bet my socks she knows his stench quite well by now.”

I blushed, Uriel grinned and eleven Archangels apparently had tons of fun. I bowed my head politely to Anghariel. “Would you mind if I start with you?”

He laughed. “Nope. It would be my pleasure.”

Available in these formats: 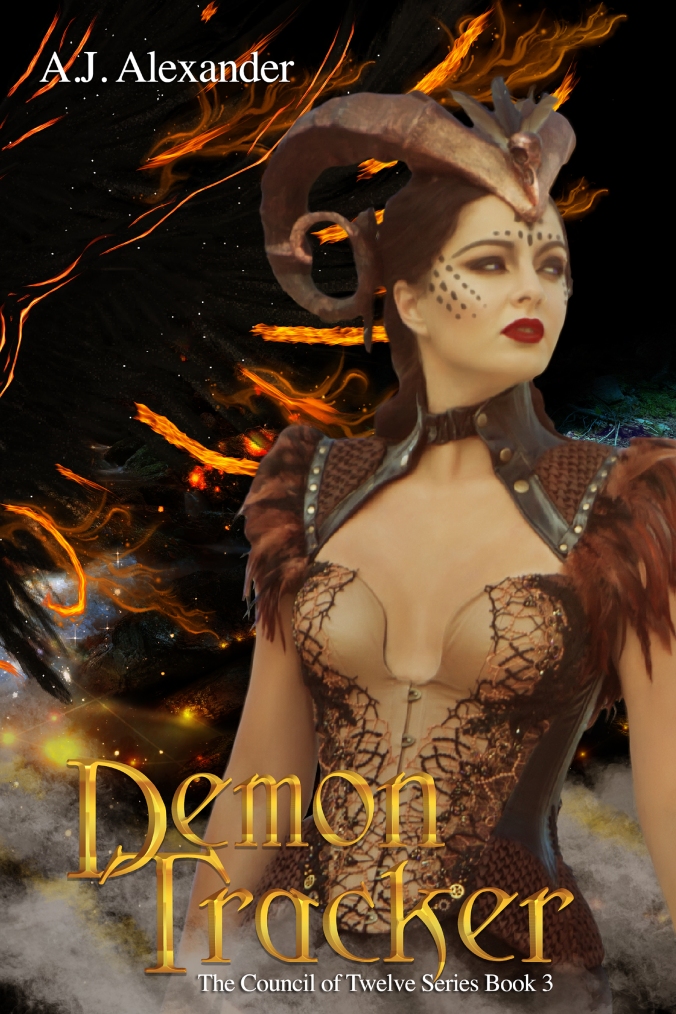