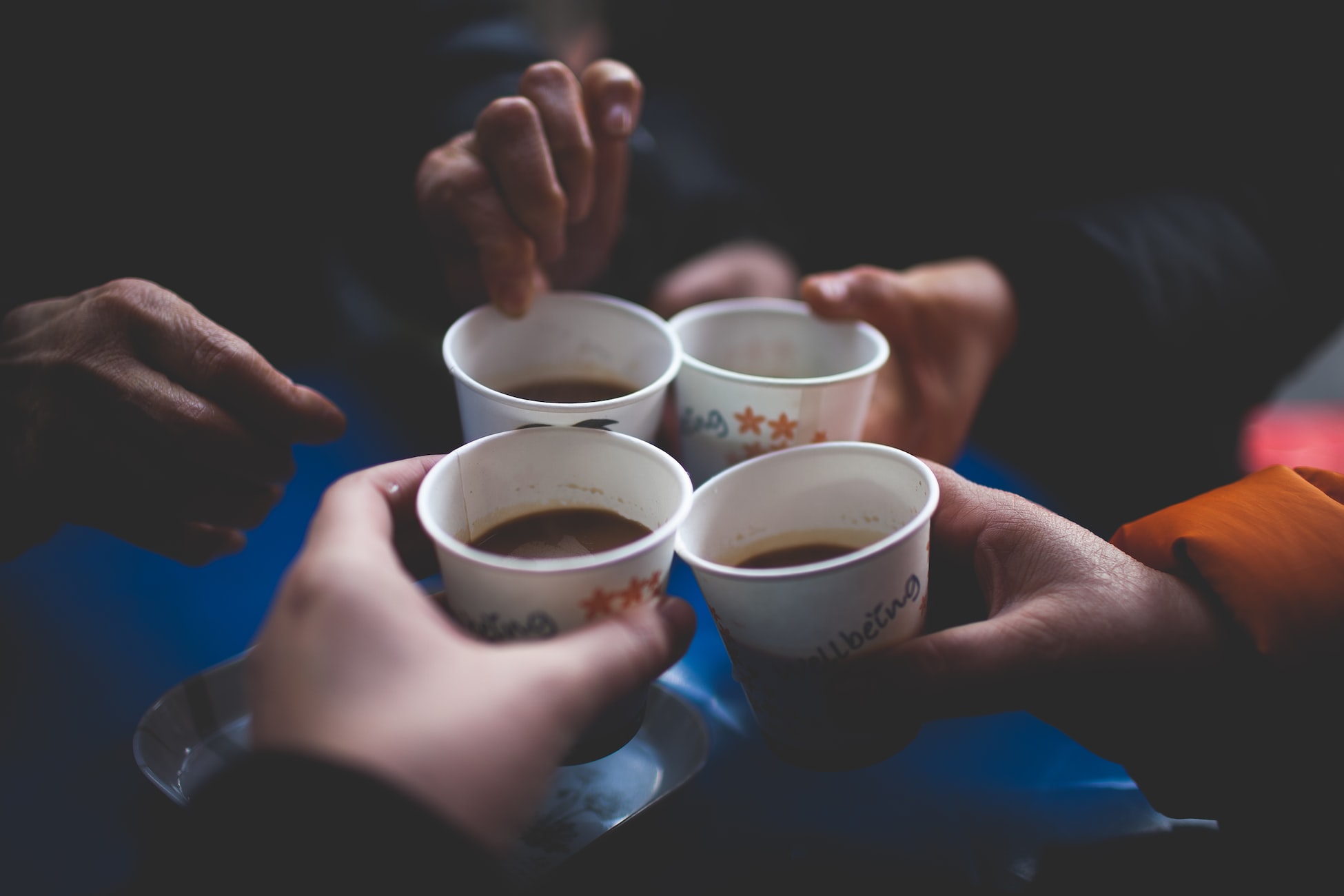 Photo by Nani Williams on Unsplash

They didn’t wait long for Kadir and Cemil to join their party, completing their circle of trust. They shared bonds forged in a different world. None of them remembered when they met, how they became friends or any day they had failed to meet, and sip the tea that stopped the hands of time. 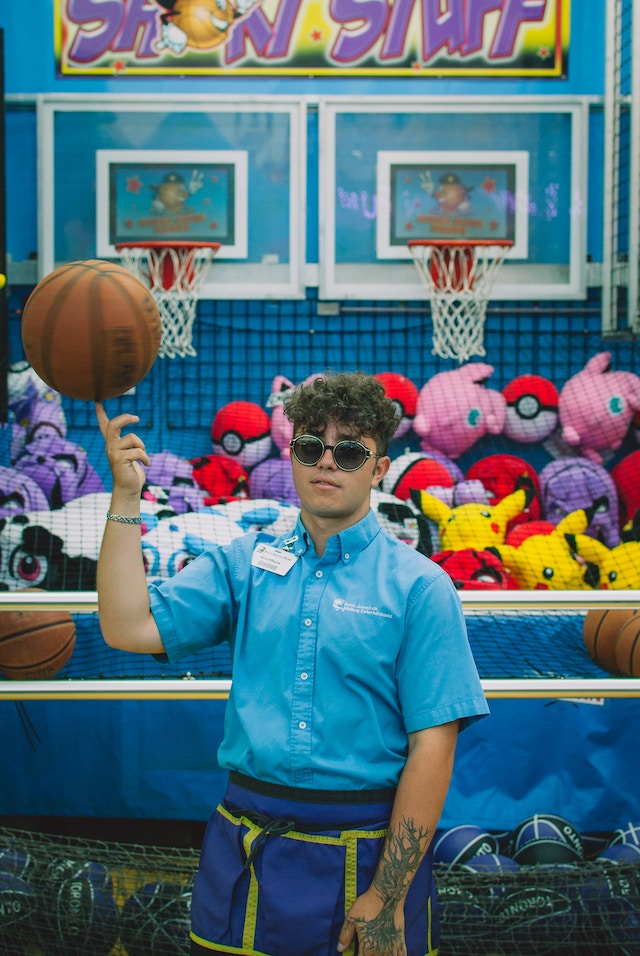 photo by Bannon Morrissy via Unsplash

Desi wasn’t looking for a job.

No one wanted a boy who hid behind sunglasses and an attitude to camouflage a pronounced stutter.

The arcade manager, seeing Desi’s ball-handling skills, declared speaking an overrated skill and leveraged his talents to charge a dollar per try. 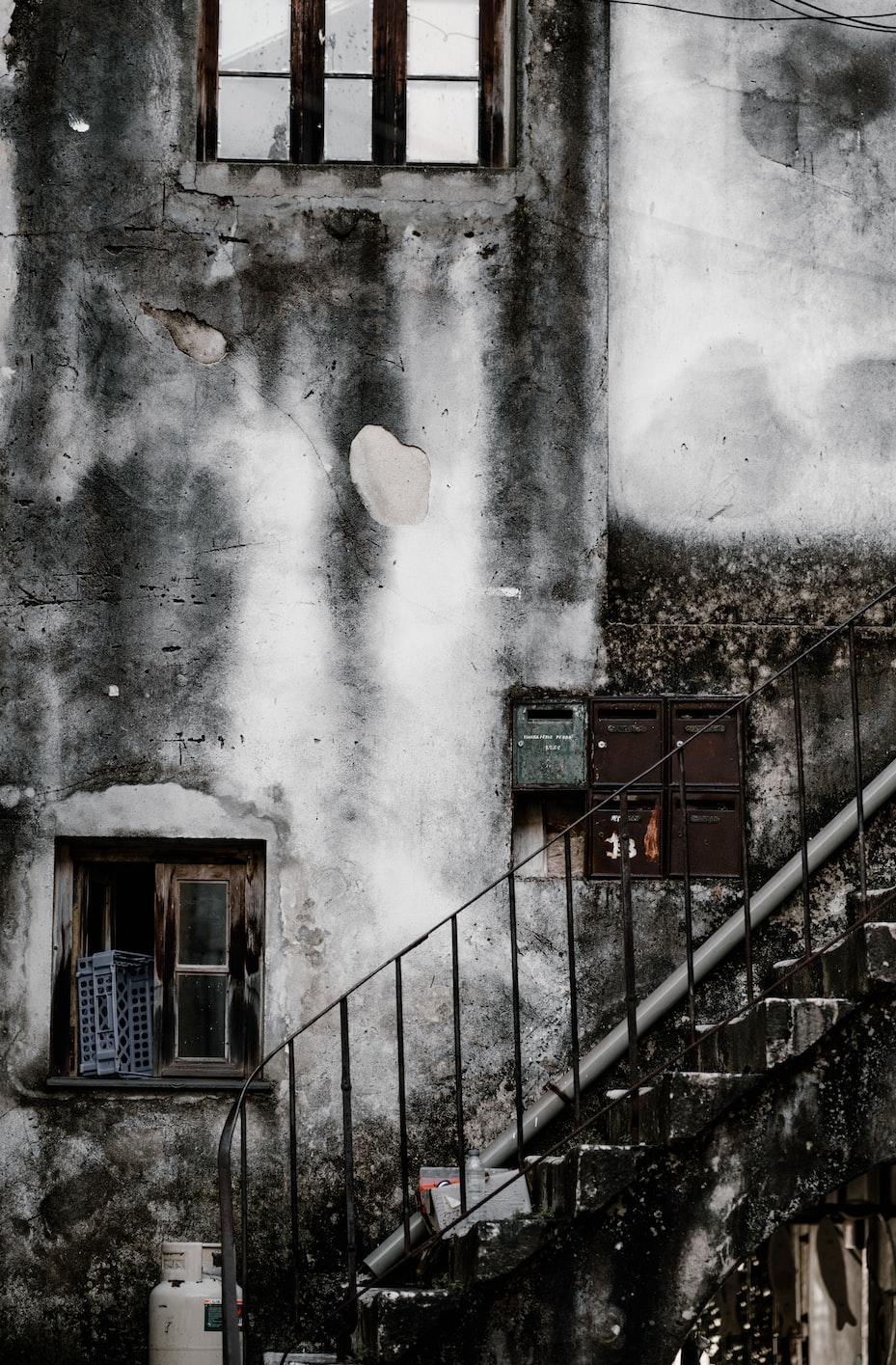 Photo by Annie Spratt on Unsplash

Tristao shifted the heavy pack, gnarled fingers burrowed under the frayed strap as he eased the pressure on his stooped shoulder.

Once, he bounded through town, nimbly negotiating steep steps, winding ascents, and narrow passageways like the goats that climbed the mountain protecting his birth city. The residents greeted him, eager for the letters he carried. He was their noble messenger, their link to far-flung family and friends. They shared the latest gossip and a welcome snack.

Now he met only faceless receptacles. He fed blank gaping mouths, with empty messages no one wanted. Tomorrow, Gaspar collected the garbage.

Title: The Looking-Glass Self
Source:  Weekend Writing Prompt # 142– Looking-glass
Objective: Write a poem or piece of prose in exactly 64 words 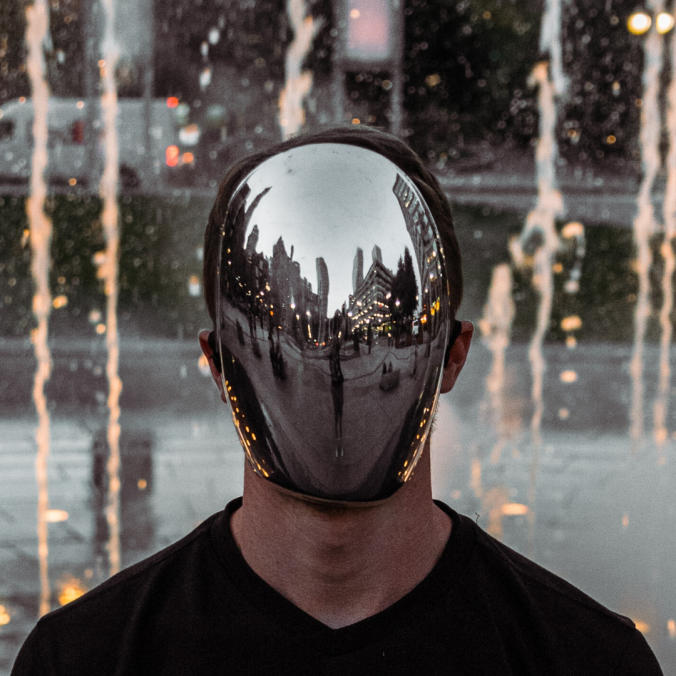 Photo by Alex Iby on Unsplash

I’m looking at you through the glass, terrified to try again.

You won’t accept easy answers, repeating I’d be a fool to expect a different future.

Life’s only promise is my broken heart will never mend.

No one tells you how quickly epidemics spread, cuts you down, becomes your home.

Evaporated dreams reflected inside my tortured head makes me question: Was it ever real?

Nails on a chalkboard. Awake, I scanned my cold, empty room. Green alarm clock lights displayed 3:03. Experience said there was no chance of falling into a restless sleep. A noise from the street below echoed scars from my dream and shook the night’s unusual stillness.  Beyond my window, streetlights illuminated snowflakes performing detached dances.

I considered my options and opted for the least obvious. It didn’t take long to dress and descend into ankle deep oblivion. Buffered silence swaddled my anguish as I walked deserted streets to reluctantly face the reality of being alone again.

Daniel’s wrinkled hands shook as he held the photo of his most cherished memory.

They met in a sandbox. He had pulled her pigtails and made her cry. He immediately regretted it and swore no one would hurt her again.  He kept his word, protected her. They were inseparable and became high school sweethearts. Everyone knew they would marry.

Daniel suspected something, hoping they were pregnant. But life was cruel. The doctors shook their heads. He was strong, taking care of her until she slipped away. She took his life, his heart. Keeping them safe while he waited for today.

Sani kicked the broken asphalt chunk, sending it skidding across the deserted, crumbling parking lot. He dreaded going into Grandfather’s market, where Sani waited after school.

Grandfather would repeat his stories of the olden days. Sani knew the stories by heart and was tired of them.

Route 66 used to run past the market, bringing travelers into town. Grandfather made sandwiches he sold to them with soda and chips. Grandmother sold the Navajo jewelry she made. It was a good life. Then the interstate bypassed town taking the tourists past the market.

Sani could only wait to join the travelers.

Yesterday I posted Inner Conflict edited to meet the challenge requirements. However, what I wrote during my first sitting was much longer, twice as long, with a word count around 500 words. Reading the story again, I find I prefer the longer version. This version finished at 456 words. Let me know what you think.

Nervous, and unsure, I took stock of my surroundings. Crouched behind the building’s jutting column, hidden from view, I accessed the alien version of my beloved city. Cold, stark and silent they had transported me into a hidden world. It was the world that lay between reality and dreams.

In the street to my right, stood a glorious black angel his wing unfurled. Exuding confidence, power, and determination he faced his opponent. To my left stood a monster straight from my nightmares, hideous and menacing I knew he meant to win this battle.

“Why don’t you run from me?” the monster growled.

“You think I should fear you?” the angel sneered, chuckling softly.

“You know who I am, my reputation. I am deadly. I hold life in my hands.”

The angel laughed, slapping his hand on his thigh, “I should cower under the bed, hiding the way you do? You kid no one, everyone knows you evaporate with the light.”

“But she hears me. My words echo in her mind long after I have gone,” the monster said as he licked his lips.

“Your words fall apart once removed from the dark,” a fireball gleamed, as it erupted from the angel’s chest.

The monster saw his opening, rearing back he lunged at the angel who sidestepped the assault, using his wings the way a matador uses his cape with a charging bull. As the monster passed, the angel let the fireball fly. It grazed the monster’s shoulder, and he whirled, swiping at angel feet, toppling him to the ground.

The two rolled in the street as I watched in horrified fascination, unable to turn away.

“Submit, you dishonored beast, you will not gain your redemption with her salvation,” the monster howled as he gained the advantage.

“No matter the cost, I will not let you win,” the angel roared as another fireball propelled the monster back.

The struggle continued, both evenly matched, and I watched them bruised and bleeding, determined to fight to the death.

At last, I could stand it no more, the self-mutilation of my fallen cherub and my noble monster and stepped from my hiding place in the dark.

“Enough,” I screamed, and two sets of eyes met mine.

“Neither of you will win, and we all will die. The truth is the decision is mine.”

I paused. They waited, eager to hear my next words.

“Get up. Compose yourselves.” Confused they complied.

“We must learn to live together,” I said. “We are two sides of the same coin, and neither side is fully right nor fully wrong.”

Crouched behind the building’s jutting column, I accessed the alien landscape. Cold, stark and silent they had transported me into a hidden world. We were trapped between reality and dreams.

In the street, stood a glorious black angel his wing unfurled, confronting a monster straight from my nightmares.

“Why don’t you run?” the monster growled.

“I should fear you?” the angel sneered.

“You know my reputation.  I hold life in my hands.”

“My words echo in her mind long after I have gone,” the monster said licking his lips.

“Your words fall apart once removed from the dark,” a fireball erupted from the angel as he spoke and hurled toward the monster.

The monster saw his opening, rearing back he lunged at the angel. They rolled in the street and I watched in horrified fascination.

“Submit, dishonored beast, you won’t gain your redemption with her salvation,” the monster howled.

“I won’t let you win,” the angel roared as another fireball propelled the monster back.

I couldn’t stand the self-mutilation of my fallen cherub and my noble monster. I stepped from my hiding place and screamed.

“Enough. Neither of you will win, and we all will die. The decision is mine. We must learn to live together,” I said. “We are two sides of the same coin, and neither side is fully right nor fully wrong.”

Photo by William Bossen on Unsplash

Around us, indistinct shapes swilled. Hand in hand, step by step, the terror receded, and we passed unharmed.